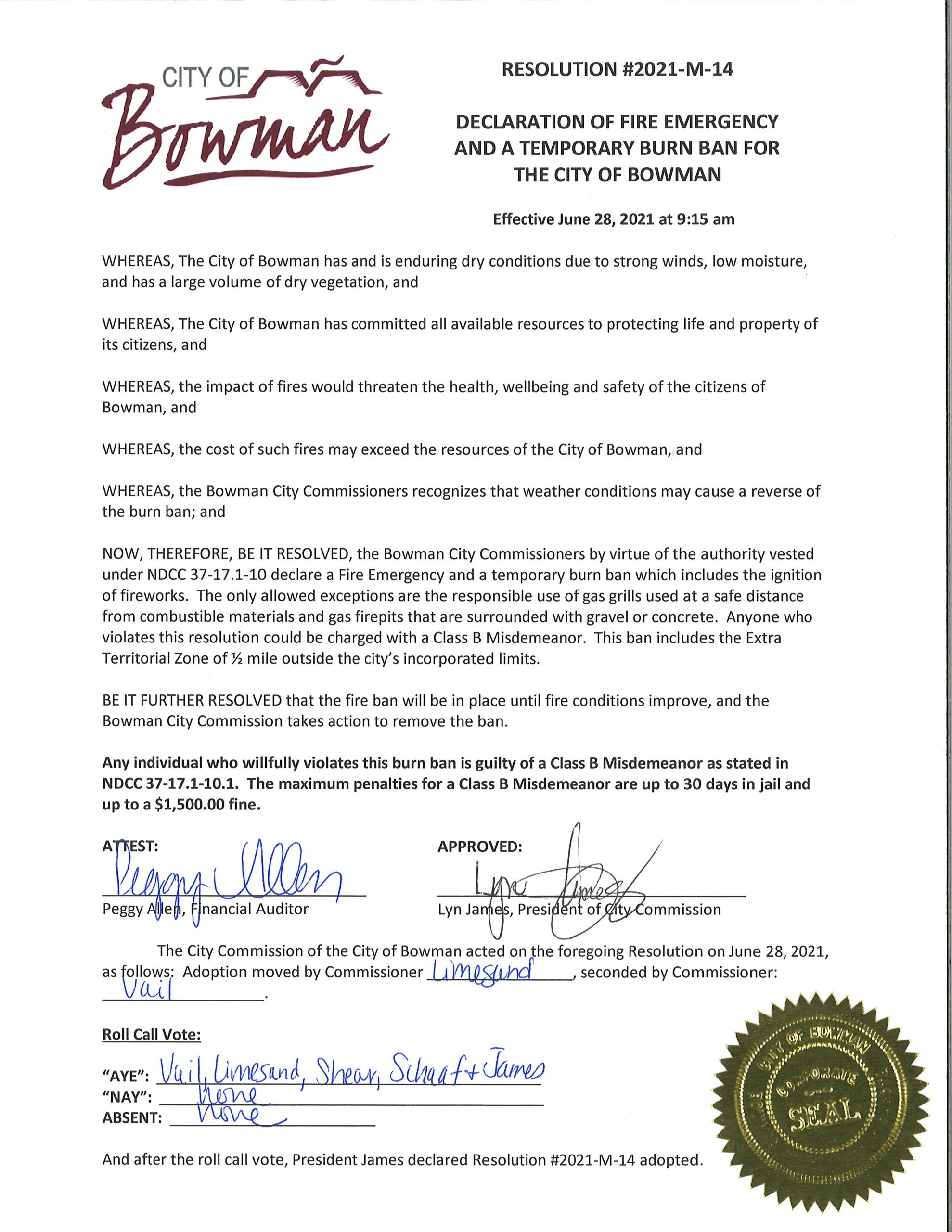 Reminder of the Changes Made in 2020

to the City Fireworks Ordinance

IF BOWMAN CITY OR COUNTY PUTS A BURN BAN INTO EFFECT PRIOR TO THE IGINITION DATES IN THIS ORDINANCE, THERE WILL BE NO IGNITION OF FIREWORKS ALLOWED IN THE CITY LIMITS DURING THE BURN BAN.

4.0405  Fireworks – Discharging of, Sale of   The provisions of Chapter 23-15, of the North Dakota Century Code shall apply to the sale and/or use of fireworks, as defined as said Chapter 23-15, within the City of Bowman, North Dakota, subject however to the following additions, deletions, or exceptions: