Minutes of the Regular City Commission Meeting held on September 7, 2021, at City Hall at 4:00 PM.

President James called the meeting order at 4:00 pm.  Motion by Shear, second by Schaaf to approve the agenda as presented.  RCV= all aye, MC.

City Hall Front Yard:  Vail stated he would like to have Ridl lay out the concrete base for the City Hall sign and a make a sidewalk in front of the Police Department so there is a continuous sidewalk that will connect with the Safe Routes to School TAP Project (Phase II).  They hauled in 6 loads of rock from GMHR for the City Hall front yard.

Dept. Head Report:  A few weeks ago, we had a water leak on cast pipe on 3rd St SE.  James said we should have a list of all the cast written down, so we know what needs to be replaced in the future.

They are doing the fall flush of hydrants and started finding the curb stops and spray painted them blue, so they are ready for the GIS programming.

Dept. Head Activity Report for 8/17/21 to 9/6/21:  There were 28 calls for service, 11 incident reports, 21 traffic stops (8 written warnings given, 7 citations issued, and 6 verbal warnings) and 8 arrests.  Due to a citation given, a local bar owner may be called into a City Commission meeting for possible action taken on the liquor license.

Blighted Properties:  There have been complaints regarding old inoperable cars sitting around where skunks and mice are living in them.  James, Shear, and Headley will have a meeting with the City Attorney and have a letter written to the property owners to request action be taken.

Reisenauer and Miller would like the Commission to reconsider the number of days allowed for selling fireworks.  James didn’t feel any decisions should be made on that until a full board was present as Limesand was out sick.  It will be revisited again in the near future.

BOSS Office Products:  A salesman from BOSS Office Products has approached us regarding purchasing office products.  Their rates appear to be better than our current supplier.  Allen asked if it was okay to switch suppliers and fill out a credit application if necessary and the Commission approved it.

Walby reported that the Shopko Building public hearing had 10 people attend and they received some great ideas while presenting their own ideas.

Police Complaint:  Braaten felt like she was being followed out of town after attending a movie because her car was parked in front of a bar during the movie.  She stated the incident was on 8/27/21, Chief Headley said he would look into it.

Parking Laws:  There was discussion held regarding camper, trailer and truck parking.   Headley stated that parking violations are generally complaint driven.  There was discussion on agricultural and truck trailer parking restrictions per ordinance.  There was also discussion on campers being an issue blocking the streets since some people leave them on the street the whole summer, it’s a safety issue.  Headley will look at the verbiage and bring the ordinance back to the Commission.

*Agenda Policy*:  The City follows a strict agenda policy in order to insure transparency to the citizens of Bowman.  NO topics will be discussed that are not on the agenda unless said topic constitutes an emergency action.

The Bowman City Commissioners meet on the 1st and 3rd Tuesday of every month at 4:00 PM at City Hall. To be placed on the City Agenda, please contact the City Financial Auditor, Peggy Allen at (701) 523-3309.

Meetings start at 4:00 PM at City Hall, unless otherwise stated!

* Meeting falls the day after a holiday, therefore the agenda requests must be in the City Auditors Office by the Friday before the meeting at 11:00 am.

** Normal Meeting:   Date was rescheduled to this date.

Lyn James is the owner of Flowers and Cappuccino by Lasting Visions in Bowman, ND, and has been in business for 33 years. She is passionate about her community and is currently serving her fifth term as President of the Bowman City Commission, after serving two terms as a City Commissioner. Lyn also serves on the Bowman County Economic Development Corporation Board of Directors, is the Chair of the Bowman Tax and Tourism Committee and is a member of the Bowman Area Chamber of Commerce and Bowman Rotary Club. She represents North Dakota cities as a member of the ND Peace Officers Standards and Training Board, as the Chair of the ND Economic Development Foundation Board of Directors, the Western Dakota Energy Association Executive Board, and the ND Workforce Development Council. Lyn is the past President of the ND League of Cities Executive Board and served as a member of the Bowman Area Chamber of Commerce Board of Directors, along with various other local and regional boards, committees, and advisory positions.

Darren Limesand is an independent financial advisor. He is an Accredited Investment Fiduciary® with advanced training and competency in the subject of fiduciary responsibility and the ability to implement a prudent process. He is aligned with Cambridge Investment Research, Inc., one of the most respected independent broker-dealers in the industry and shares their core values of integrity, commitment, flexibility, and kindness. Darren is a former accountant and a banker for 25 years. He holds a Bachelor of Science degree from Montana State University and FINRA Series 7 and 66 securities licenses. Darren is a member of the Financial Planning Association and the National Association of Plan Advisors, as well as his local Chamber of Commerce, Lions Club, and the Bowman Volunteer Fire Department. Darren is also on the tree board for the City of Bowman and is the Finance Commissioner. In his free time, he enjoys golfing, hunting, and fishing. 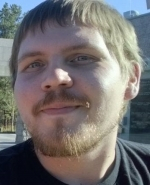 Ryan Shear was born and raised in Bowman. He moved to Redmond, OR in 2006 and graduated from Redmond High School Global Academy in 2008.   He then moved back to Bowman, and while working; did online courses with Rasmussen College for Criminal Justice. Currently, he is the manager at Professional Auto Body LLC.  Ryan as two children: Isaiah and Isabella. Ryan is very community minded and cares deeply about the present and future of Bowman.

During Ryan’s off time, he volunteers for Bowman Ambulance as an EMR. He has been a part of the squad since 2009. He is a representative for the City Commission on the City Planning & Zoning Board, County Zoning Board, & The Bowman Renaissance Zone Authority. Ryan also likes to spend his free time traveling and spending quality time with his family.

Myron was raised in Bowman and graduated from Bowman High School in 1977.  He furthered his education at NDSSS Electrical and became an electrician and owned and operated Tiger Electric in Bowman for 20 years and has since retired.

He is married to Lori Vail and together they have 3 children (Leah, Forrest and Brent).

Myron currently serves on the Bowman County Zoning Board and the City of Bowman Tree Board.  His hobbies including flipping houses and being a Grandpa.

Myron’s motto is “Fixing up Bowman, one house at a time

Benji is a native of Bowman, graduating Bowman High School.  He is married to Lindsey and together have two children, Emma and Evan.  Benji currently works as the parts manager for Bowman Sales and Service and is a member of the Bowman Assembly of God Church, serving as an Awana leader.  He is a volunteer with the Bowman Ambulance Squad and is serving on the Bowman Regional Public Library board.  His hobbies include riding motorcycle, watching supercross and motocross, and spending time with his family.